The Dove and the Doctor

[description to come]
I swear my blood

The freezing ambient gradually creeping in underneath from between the cracks and fridges in the frame, a wooden door holding more battle scars than any shinobi in this world and the next. Constant slamming, and abuse; again the cold ambient came in with the updraft. This time saturating the vacancy where a certain captive laid at rest. The ambient flooded the vacancy however it couldn't overwhelm the sound of chatter amongst the men shouting and running down the hall, loud footsteps hitting against the pavement. Almost as if someone was in a rush, next came the slamming of a door. The noise was boisterous enough to travel over a modest range.

A voice could finally be heard, "Shit the water pipe's burst! It's gonna flood the entire area..." The voice soon quickly departed as it came, splashes soon came afterward as if someone or something was running rapidly through it.

Within all the cells but two, filled with a blackening fluid, the smell alone was enough to make even the best of men choke from the stench. Unbearing, without the proper means one psychic barrier would weaken, swaying back in forth in a haze. Both captives had been fed some sort of fluid, the man a sweet tea made from the fluid that was delivering a strong smell while the woman a mild-sweet tea and over time a bitter tea. The bitterness came from the same water that started filling the area; as the fluid now appeared in the area where both captives laid. Destroying anything of cloth-like material by soaking it; also causing any clothing that was worn to dampen.

"Don't breath in the smell." A random voice shouted loud enough to someone, but whom...


The black fluid seemingly came to a halt at the knees of Chūjōhime, the ambient came creeping in once more, had she noticed the noise from the start she'd realize that it had stopped for about three minutes before coming back into the atmosphere. Friction could be felt at her feet despite the dampness that came from the waters, movement around her feet could be sensed to some degree. Termites were eating away the material around her feet and lower half, exposing her feet and some degree of her legs and knees. These weren't normal Termites, these were man-eating Termites specially trained to eat and kill prey slowly. Yet, the bug had stopped only for a second to bite into the exposed skin that would feel like a child pinching at the woman's soft flesh.

Had Chūjōhime looked down at the fluid she'd see the odd ripple patterns moving back and forth, had she been smart she noticed that something was inside the fluid moving about. However, noticing meant that the eusocial insects had started eating away at the first layer of skin, implanting eggs on the second layer of skin; it wouldn't take long for the eggs to hatch and new children to feed on the freshly broken skin.

While this was happening the smell of the blackening fluid only became stronger, harder to breathe. Soon from the darkest part of the room, a man stepped from the shadowy den sporting an unusual attire, the white/grey bangs covered his right eye with a scar. His left eye gleamed through the area like a predator looking at its prey in a tired state.

The man's voice came radiating and calm, extremely collected, judging from the tone of his voice he was someone still in his youth. Despite the few steps he took he still stood in the shadowy area of the room, only half of his face could be seen. Where he stood the blacken fluid hadn't reached. Almost as if it was being controlled. The man slowly opened his mouth to speak his final words before letting his beloved captive speak. 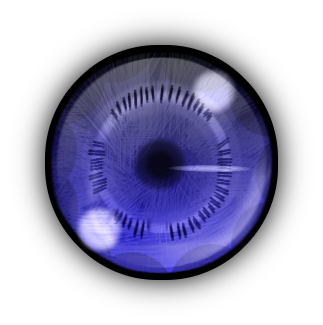 "What's your name?" As each word came rolling from his tongue, the ambient became more intense and louder, ringing in the eardrums of all who could witness the ambient. From the cell next to her own, a loud screeching elderly man could be heard shouting in agonizing pain; almost as the ambient was operating on him with placing him under. Had Chūjōhime looked in the direction of the scream she'd notice the scream belong to her newfound friend but had she looked in the direction of the man. She would seem the color of his eyes to be a hazy purple emitting a soft glow.